So, after a longer wait than I first promised, I can finally reveal some information and screenshots of our new project, Daedalus!

Daedalus is a third person flying/stealth game, which sees players take control of a special stealth Quadcopter as they infiltrate hostile areas. The player will need to master both piloting and stealth skills to tackle a variety of challenging missions that would be impossible for a human being to accomplish. Daedalus is developed by Prospect Games, using the very shiny Unreal 4.

We aim to create a singleplayer campaign, a few cool multiplayer modes and maybe some custom missions/challenge maps if we are able. We want to inform and involve people in this project from the beginning as it allows us to craft the game more precisely to what people want as well as what we think is cool, so we’re eager to hear from you all! 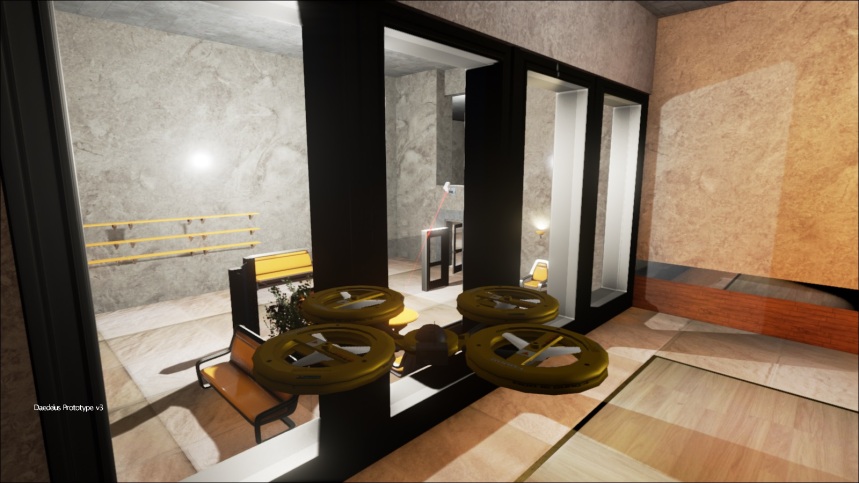 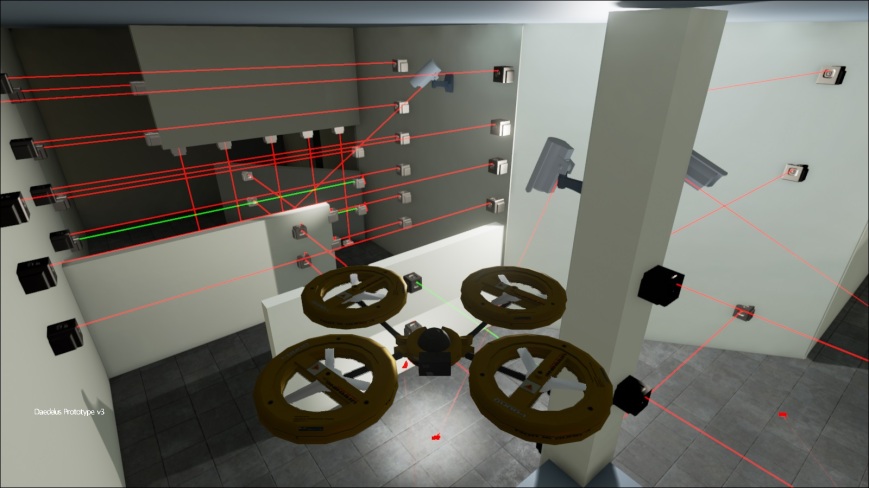 Environments will at first seem daunting, but a skilled pilot can always find a way through 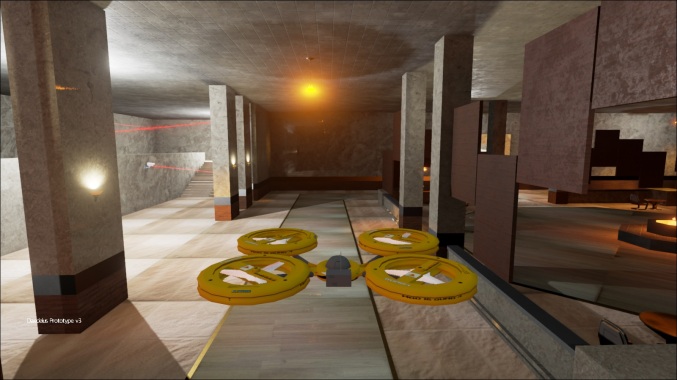 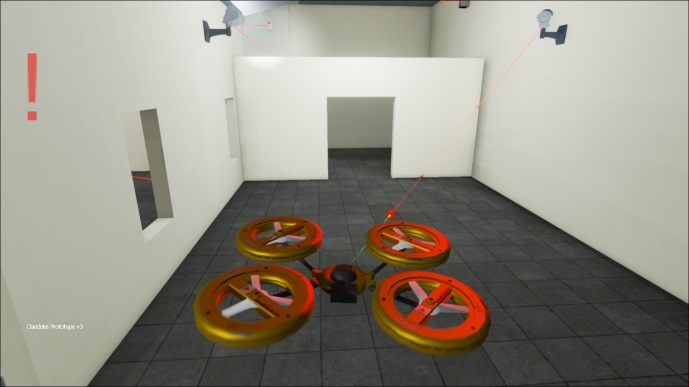 Player has been detected by a camera in the challenge map. 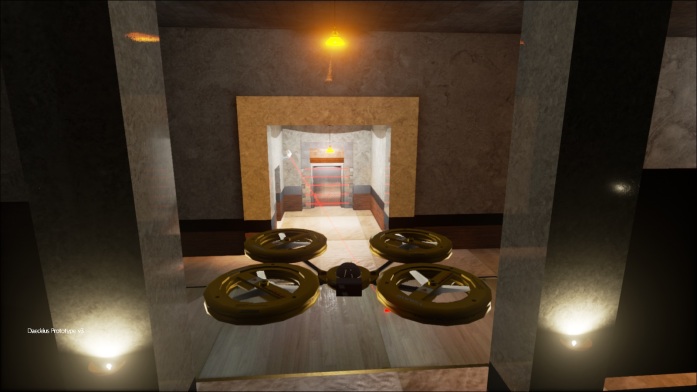 I’m a huge fan of the stealth genre and have always wanted to make a stealth game, so I’m excited to hear what people think of the concept and what they would like to see and play in the finished thing. It’s very early days (it’s about a month since I left my job at Codemasters for the indie life) but we’re starting to get into the swing of things and hopefully that means more frequent updates, images, videos and playable builds.

When I originally pitched the concept to Andrew it was going to be a side scrolling flying game with stealth elements (think Flappy Bird, except when you crash you can be heard). This evolved into a side scrolling quad copter stealth game with hacking elements (sort of in the same vein as Gunpoint), until we looked into Unity and Unreal 4, at which point we decided to make it 3D and follow a more “Splinter Cell meets Descent” vibe. My role in the project is a programmer/designer, and providing occasional art where needed. One of the things I’m most excited about is learning more about the various fields of game development I know nothing about (mainly every aspect).