If you grabbed a ticket on Eventbrite then we look forward to seeing you tonight at 19:00 in Shooters Sports Bar, The Printworks, Manchester!

Over two hundred game developers and business service providers are confirmed to attend so it will be great opportunity to meet plenty of interesting people!

This week there’s been further development of the first level whitebox and some new environment mockups. We’ve also started to implement human soldier AI enemies and playable human characters, although we aim to show this in a future SitRep as it’s in a very early phase.

Sam has been working on transforming concept images to 3D environment mockups. Below is artwork of a lab scene which has been fleshed out into 3D. The 3D work helps to demonstrate the layered nature of the environments, with even small rooms having various routes through them.

3D mockup of the same area

Additionally Sam has begun concepting smaller details in the environment, such as the keypad below:

The Construction Site has been developed further from last week and a few new buildings have been added, namely the Tank Hangar and Civilian Accommodation.

Part of the construction site. This area will server as the tutorial area as it has plenty of space for the player to get to grips with the handling, and no security to stop them 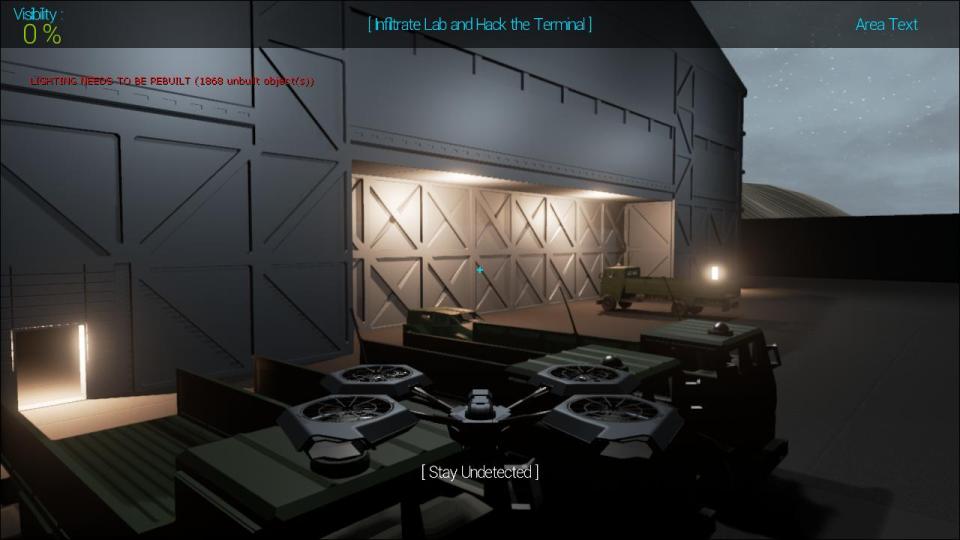 The entrance to the tank hangar

Underneath the civilian accommodation building

One Week to DrinkUp!

DrinkUp! is on Thursday, so there’s a week left to get a ticket if you’re able to get to The Printworks in Manchester from 19:00 onward. Currently there are just shy of two hundred attendees so it will to be a great opportunity to meet tons of game devs and service providers. Grab a ticket here!

This week we’ve been working on a lot of behind the scenes fixes, optimisations and have revamped the AI behaviour to be more efficient. As well as this we have some really cool mockups that Sam’s been working on and the initial whitebox for what will become the first level of Daedalus.

Sam’s been working on some initial environment mockups. Although they’re a work in progress they already create a strong sense of atmosphere and serve to display the style we are aiming for in the environments. The first two pictures are screenshots of the game running in editor, and for us it’s exciting to see the new quadcopter model in a nicer looking environment. 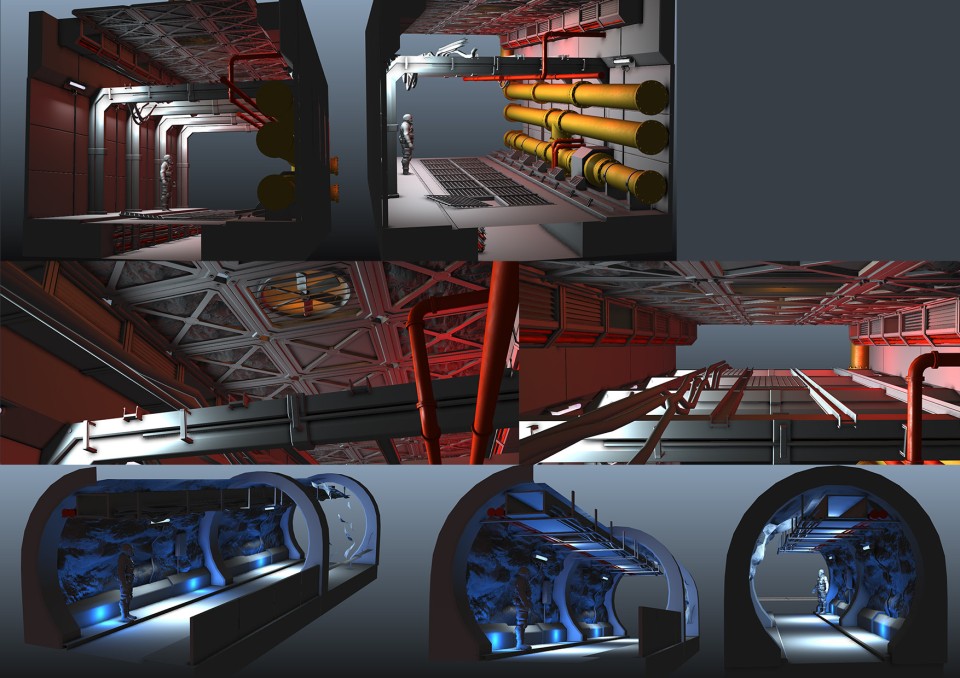 I’ve been working on the rough plan for the first level and have created a basic whitebox. The first level is an open area that allows players to tackle some simple objectives in a variety of ways. As well as this, the level will be split up into smaller areas that will eventually become multiplayer maps.

This will be the main focus for level design over the next few weeks, so I’ll be posting updates on it progress in each SitRep. The basement area we worked on will be located under one of these buildings.

There’s just under two weeks left to Drink Up, so ifyou are in Manchester around the 9th October and want to see Daedalus and other cool indie games, grab a ticket here and head to Shooters Sports Bar in The Printworks from 19:00.

More Daedalus news next week! Thanks for reading!